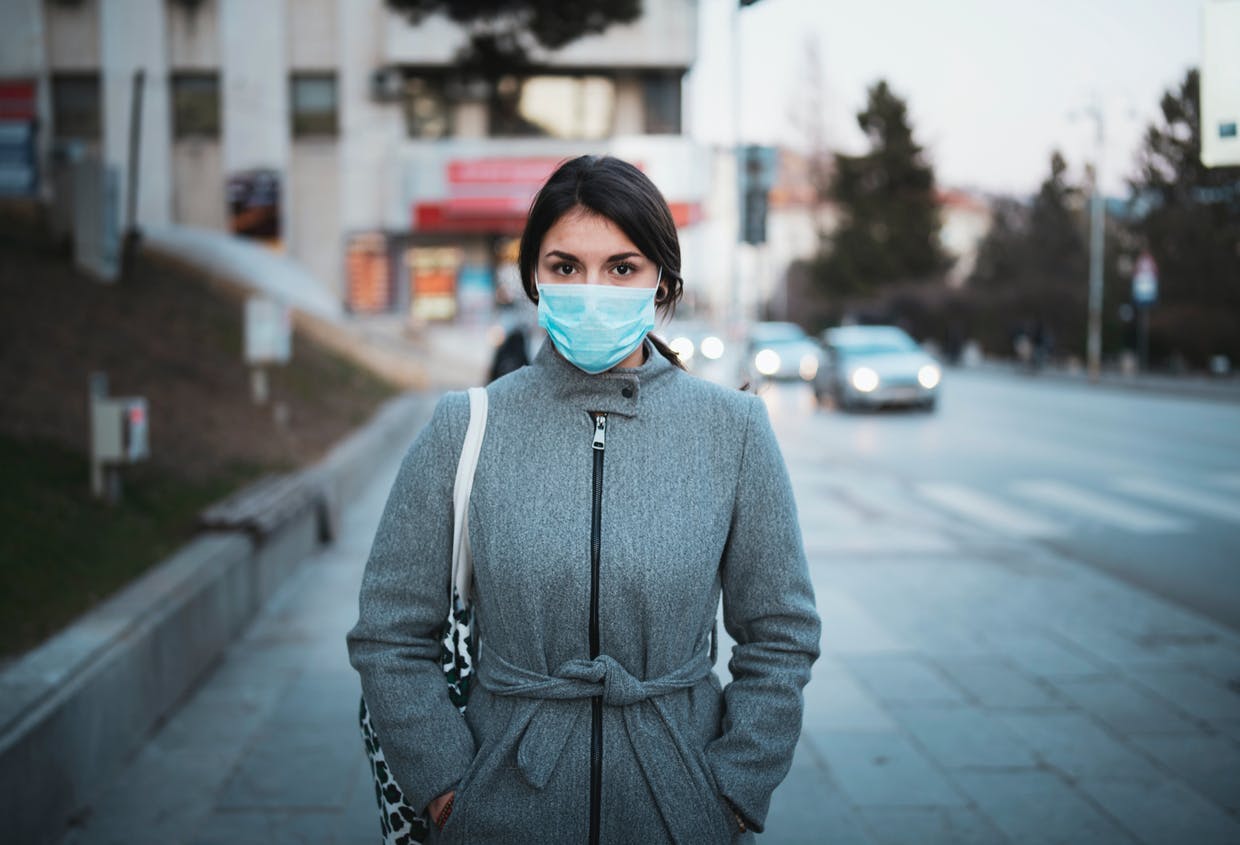 While in this period of deconfinement, the State is mobilizing to increase the stock of masks general public, a pledge of security complementary to barrier gestures and social distancing, it is a new generation mask that could see the light of day in the United States. As the Business Insider US website states, Massachusetts Institute of Technology (MIT) bio-engineers and researchers from Harvard University are currently working on a very special protective mask. This would indeed have the capacity to identify cases of SARS-CoV-2 coronavirus by producing a fluorescent signal when a person suffering from COVID-19 coughs or sneezes.

The product is still in the testing phase, but the researchers hope that this technology, if it proves effective, could remedy the defects associated with other screening methods like checking the temperature in public places. “It could be useful at airports, at security, and when we’re waiting to fly. Says Jim Collins, the man in charge of scientific research, at Business Insider US. “You or I could use it on the way to work. Hospitals could use it for patients arriving or waiting in the waiting room for screening infected people. “

Identify patients as quickly as possible

Researchers hope that ultimately, doctors will use it to diagnose patients on the spot, without having to send samples to a laboratory. They believe that such a process has its place as a prevention device at a time when screening tests are not yet 100% reliable and when delays in diagnosis have hampered the ability of many countries to control the progression of the epidemic. “It is essential to have tools allowing rapid identification of patients. They say. Their invention is based on the use of sensors capable of detecting the genetic sequence of the new coronavirus (RNA) from respiratory particles.

So if saliva or mucus containing viral particles comes into contact with these sensors, they become fluorescent in a few hours. But this signal is not visible to the naked eye: Jim Collins’ laboratory uses a device called a spectrofluorometer to measure fluorescent light. Outside this laboratory, doctors could use portable spectrofluorometers to scan people’s masks. The scientific team, however, has not yet solved a practical question, as it wonders if the sensors should be integrated inside a specific mask or if they can be attached to any over-the-counter mask.

A method that works for many types of viruses

It hopes to demonstrate that the concept works in the coming weeks. “Once we are at this stage, it will be a question of setting up tests with people likely to be infected, to see if it works in real environment. Adds Jim Collins. It turns out that this identification technology has already been proven since the sensors have already been tested for viruses that cause SARS, measles, influenza, hepatitis C, West Nile Virus and other diseases. But the textile of a mask was then not the chosen medium, the researchers having used materials allowing inexpensive diagnoses: plastic or quartz.

These sensors being very precise, they are even capable of detecting different strains of a virus. In the case of Zika for example, they were able to detect two strains from Africa, one from Asia and another from America. For the coronavirus, scientists have taken into account two strains: one originating from Asia and another which has become more common in Europe, America and Australia. The last advantage of this process concerns the fact that it allows detect the presence of virus aUssi well in symptomatic as asymptomatic or pre-symptomatic people, unlike taking the temperature. Researchers hope to market the mask on a large scale by the end of the summer.