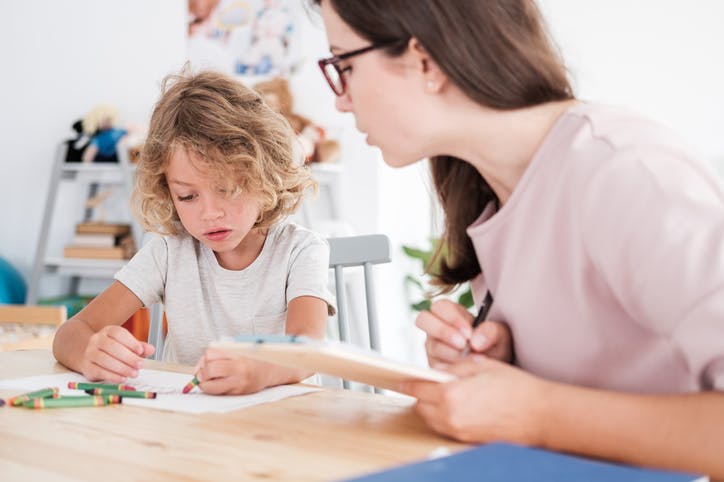 The objective of the national strategy for autism in neurodevelopmental disorders (TND) 2018-2022, available in 5 commitments, is to understand and identify these different disorders, including autism, in order to better diagnose and intervene earlier, to better support life course. In total, 20 concrete measures were announced in 2018. On this occasion, 12,000 people and families affected by autism, the DYS disorders, intellectual disabilities, attention deficit disorder with or without hyperactivity (ADHD) reported on their life course in a study conducted by the Interministerial Delegation.

Schooling mainly in the ordinary environment

These results allow us to revise some commonly held ideas, in particular the fact that children have very little education and very part-time since all disorders combined, 79% of the children responding to this survey attend ordinary schooland 81% full-time.

However, an effort is to be continued to schooling of autistic children (only 61% of children in mainstream school). “This will be one of the commitments for the next school year with the increase in the number of elementary and nursery units, beyond the deployment initially planned,” said the Interministerial Delegation. Also, the leisure, cultural and / or sporting activities are quite common: 67% in children and 53% in adults.

However, the Delegation nevertheless believes that “these favorable developments do not, however, mask persistent difficulties in daily life and confirm that the deployment of the measures of the strategy must be intensified”.

Finally, the results of this consultation conducted directly with individuals and families affected by these disorders confirm the main directions of this national strategy. In particular the implementation of early intervention platforms for children between 0 and 7 years old : the average age of children at the time of diagnosis is still high (7.3 years) while certain disorders can be identified and must be accompanied from the first months. Added to this is the fact that the respondents benefit from funding from professionals such as psychomotricians, psychologists and occupational therapists now possible but previously unsupported.

“This allows us to respond to difficulties encountered by families : These costs are 70% related to the intervention of a psychologist, 60% to that of a psychomotor therapist, 43% to that of an occupational therapist, “said the organization. Respondents also welcome the strengthening of schooling arrangements for autistic students in school because the responses to the survey show real access to it: up to 93% for children with DYS and ADHD. It should be noted that the five commitments of this strategy consist in strengthening research, implementing early interventions, guaranteeing schooling for children, promoting the inclusion of adults and supporting families.

The Delegation said that to regularly measure the impact of the measures implemented, fifteen indicators, “chosen in line with the expectations of affected individuals and families Will be followed each year. The objective is to verify “that the actions of this national strategy contribute to a constant improvement of everyone’s life, and to make the necessary adjustments if necessary”, she concludes. According to the Institut Pasteur 700,000 people with autism in France including 1,000,000 children. In addition, a report from the court of auditors dating from 2018 revealed that half of the people with autism have experienced ruptures, including dropping out of school.